As I get more into the homesteading lifestyle I find more and more things to make instead of buy. We have 2 little chihuahuas, Gus and Felicity, whom I adore so much! 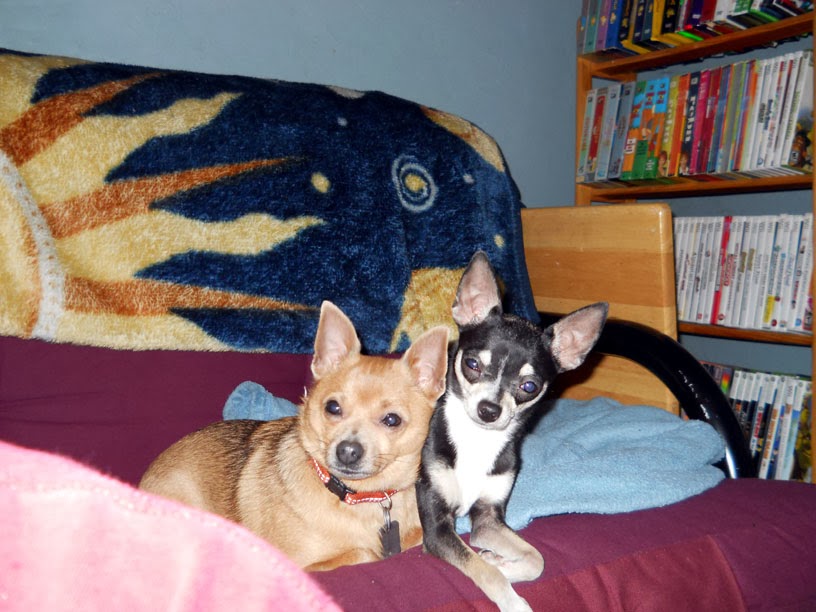 I want my little pups to live a happy and healthy life. So I'm opting to start making their dog food.


I'm sure the ingredients will vary depending on what is available to me at the time. For this batch of dog food I've used the following: 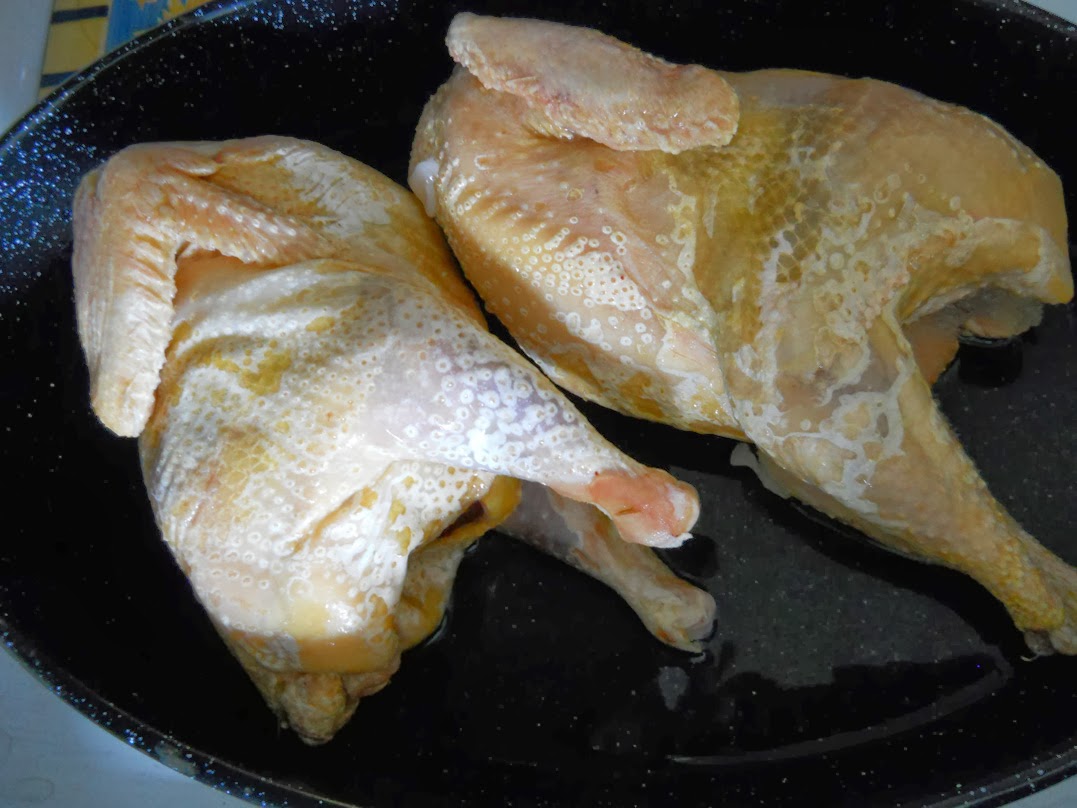 First I took the chickens out of the freezer and put them directly into my roaster. I only added water. I cooked them in the oven at 300 degrees for about 4 hours (I'm estimating. I really didn't keep track. I just kept checking them until they were done). 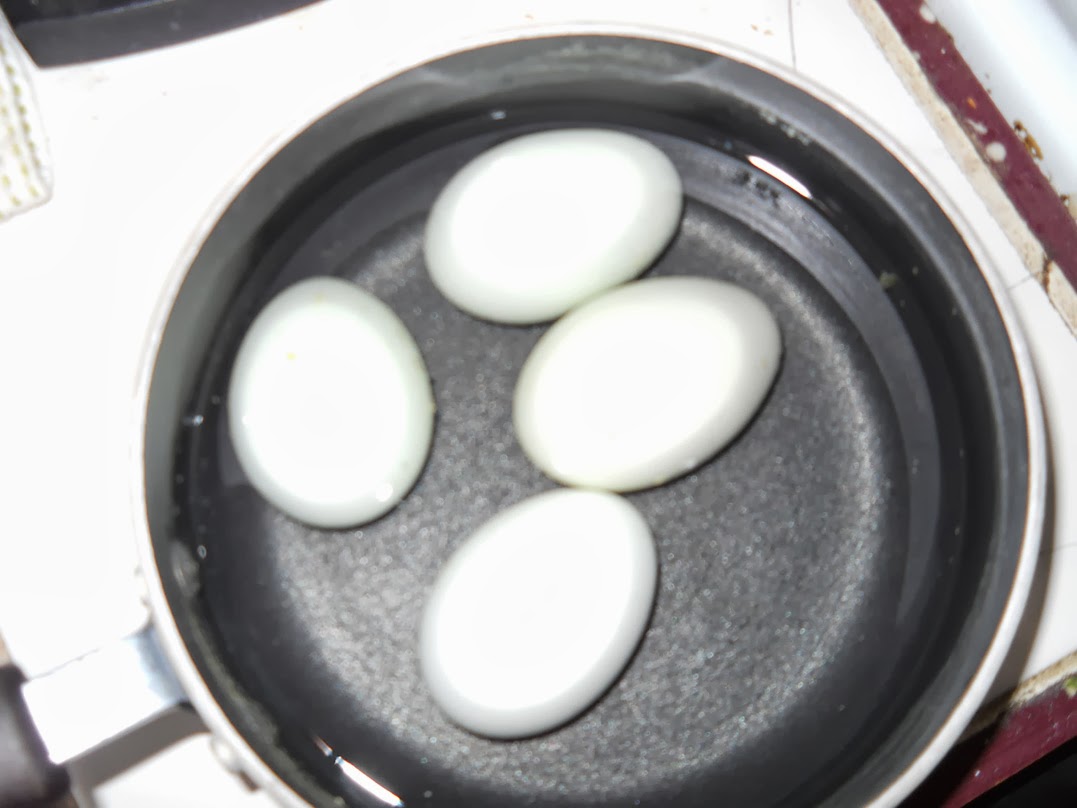 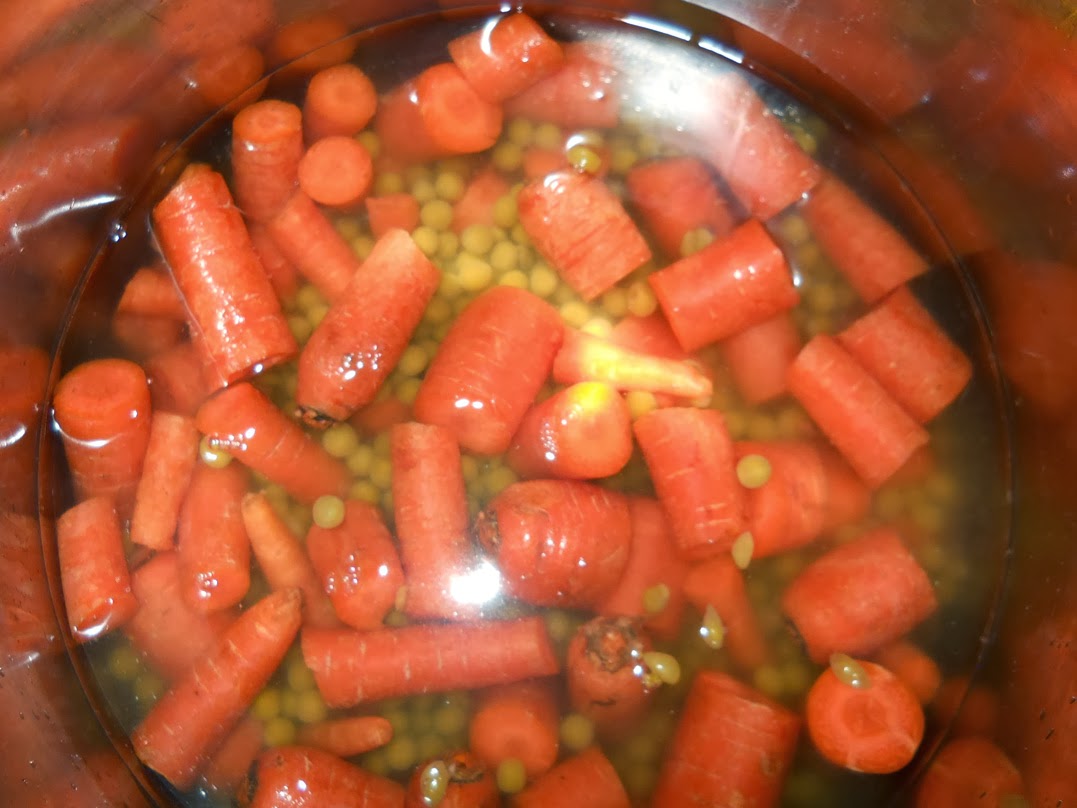 I cut up carrots (I was going to grind everything afterwards so I left them bigger. I decided later not to grind so I had to cut the carrots a lot smaller after I cooked them). I added the carrots, peas and water to a stock pot. 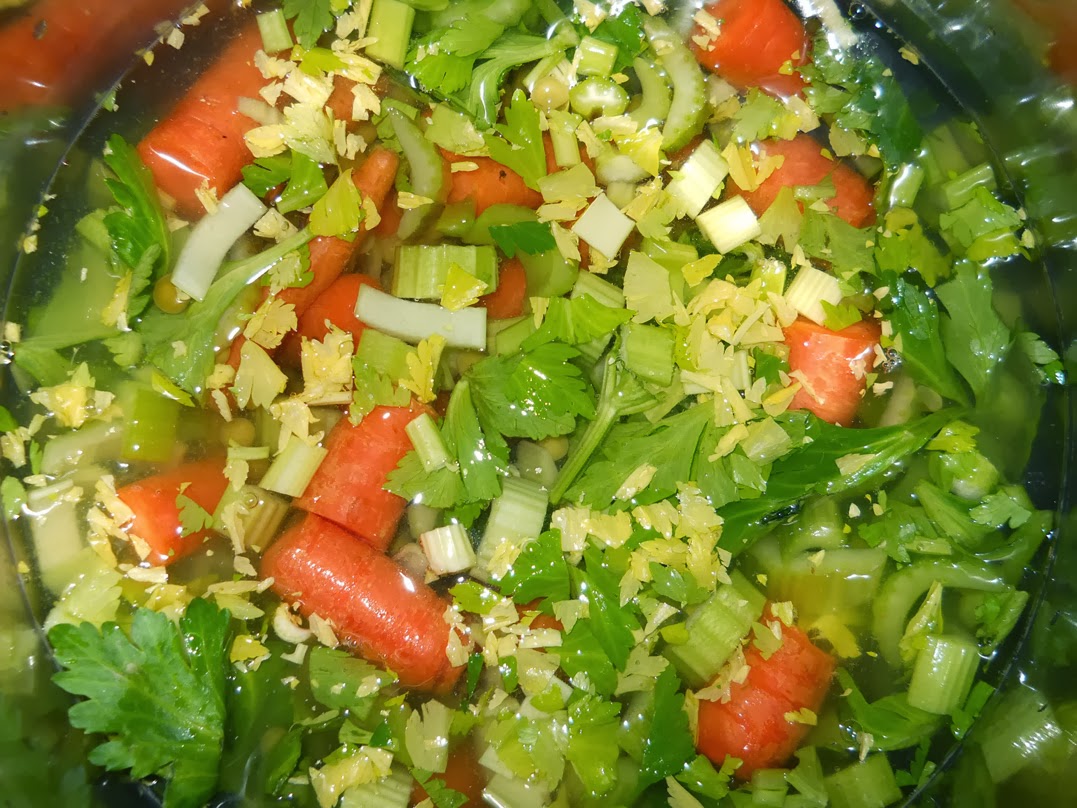 I realized I had celery in my fridge that needed used up. So I cut that up and added it to the carrots and peas. I cooked the vegetables. 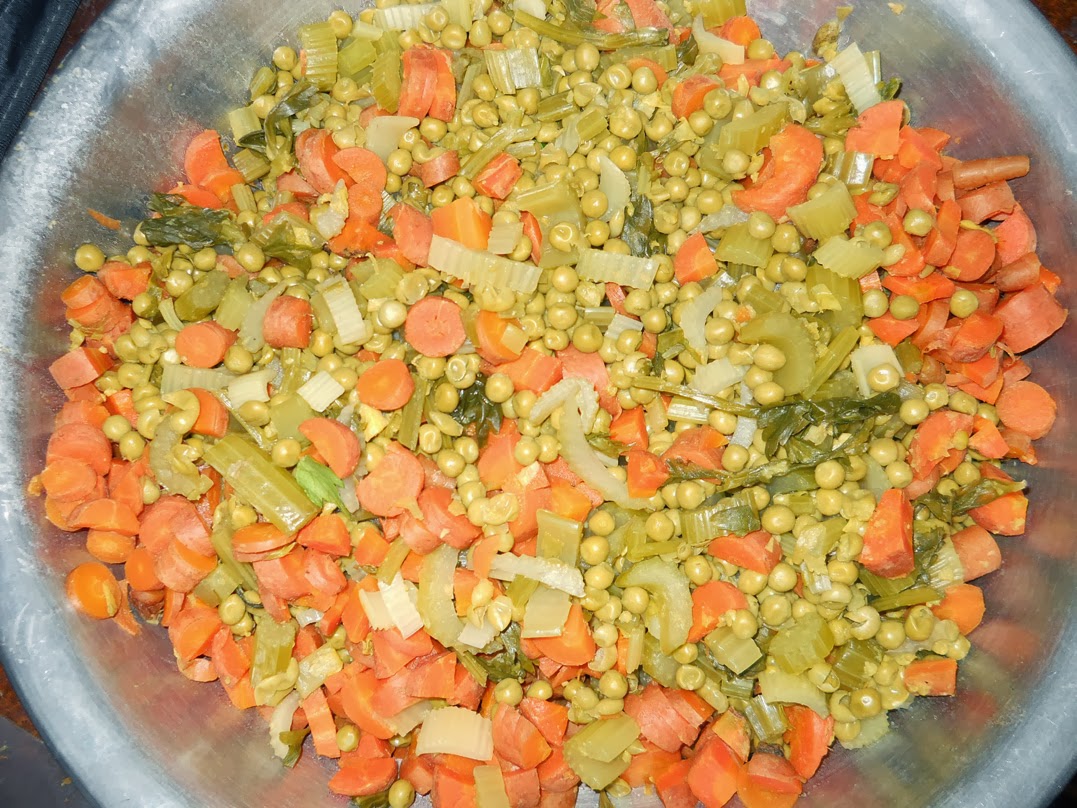 Again, I had to cut the carrots smaller after they were cooked. In future I'll do that first. 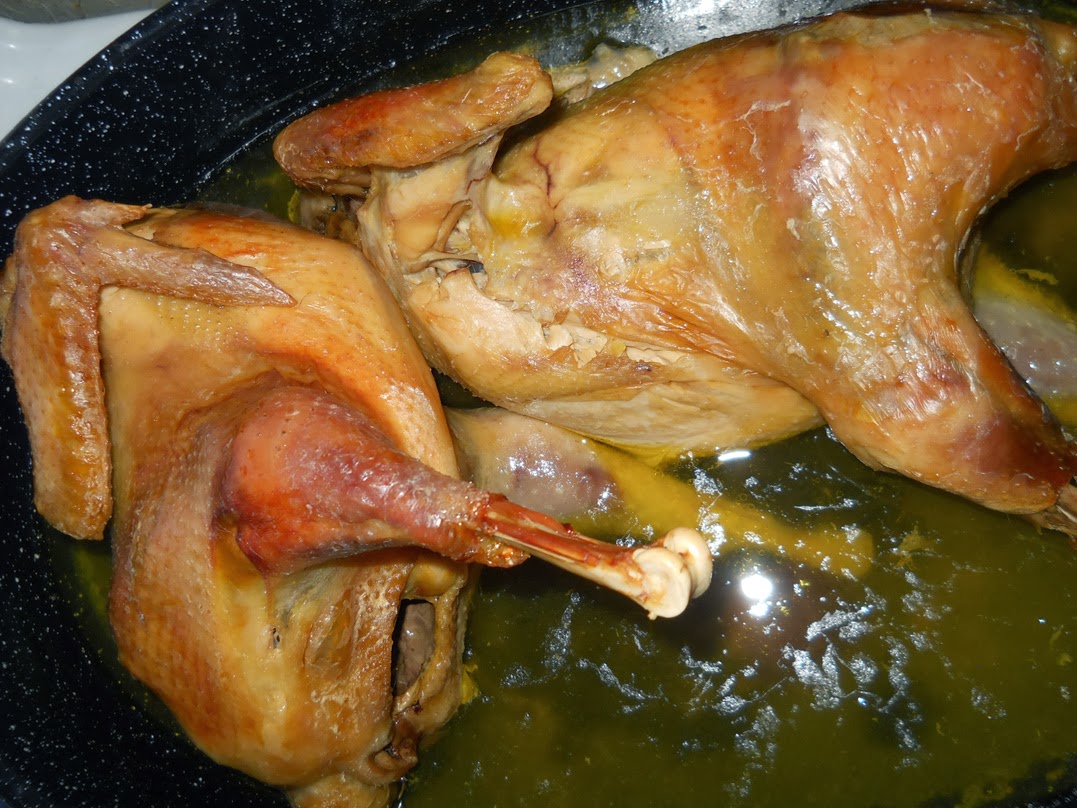 By this point the chickens were done. I took them out of the oven. Let them cool down a little and then removed them from the bone and cute them into small pieces. 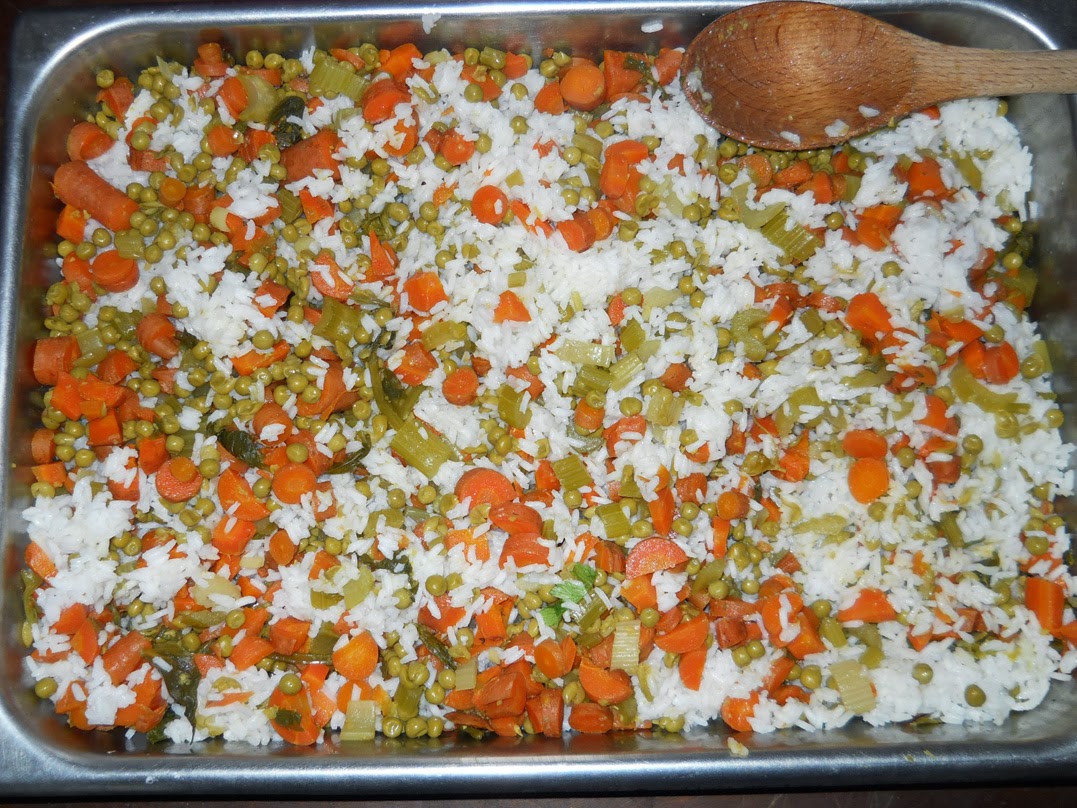 I cooked the rice (I cooked 2 cups of rice in 4 cups of water) and added that to the vegetables. 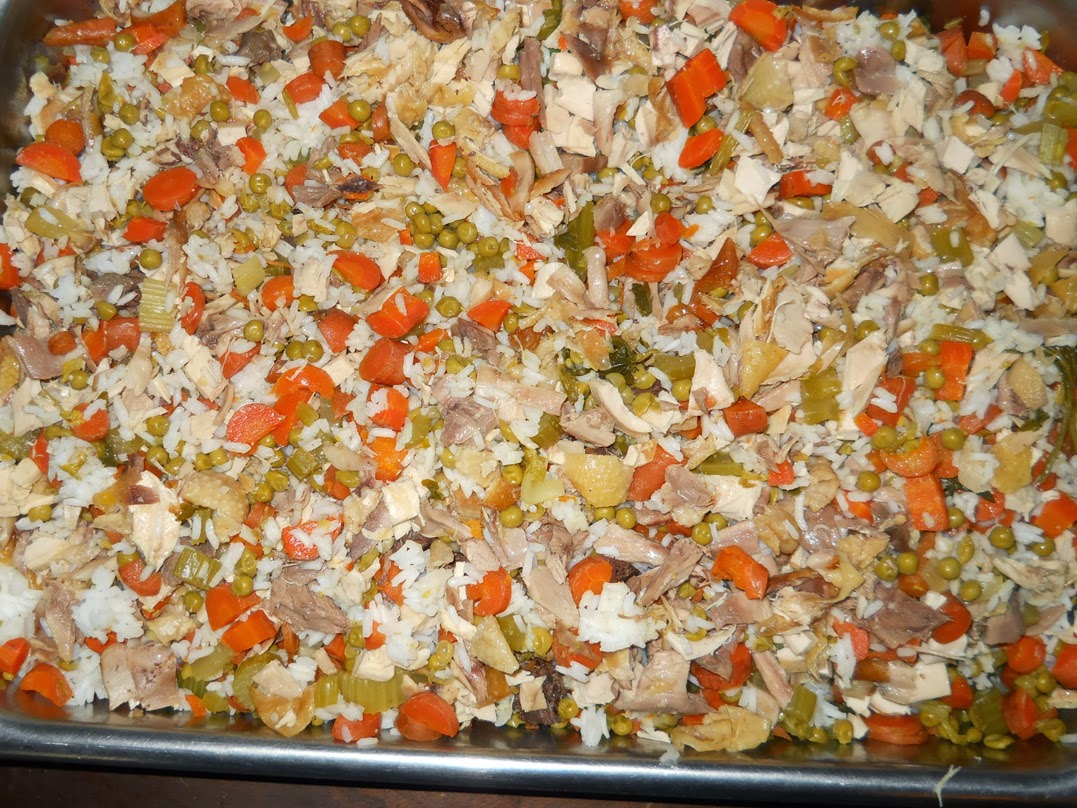 I added the chicken into the mixture. 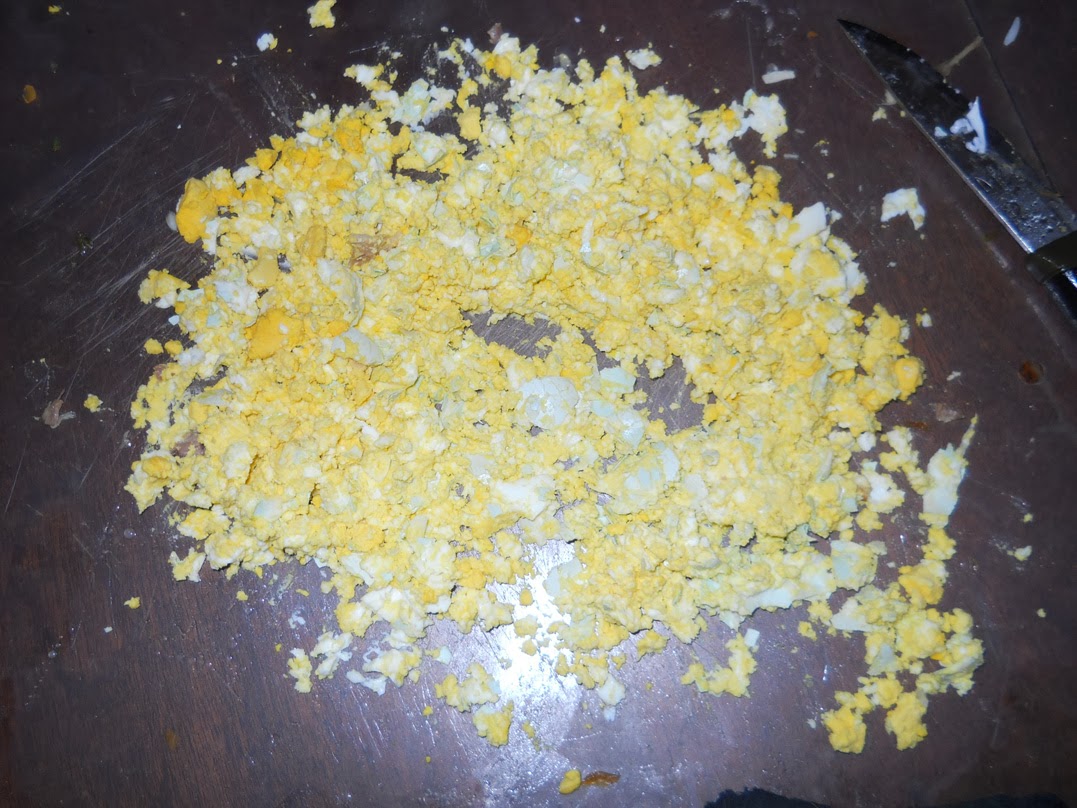 Next I crushed the eggs. Again, I kept the shell too because of the calcium it contains. 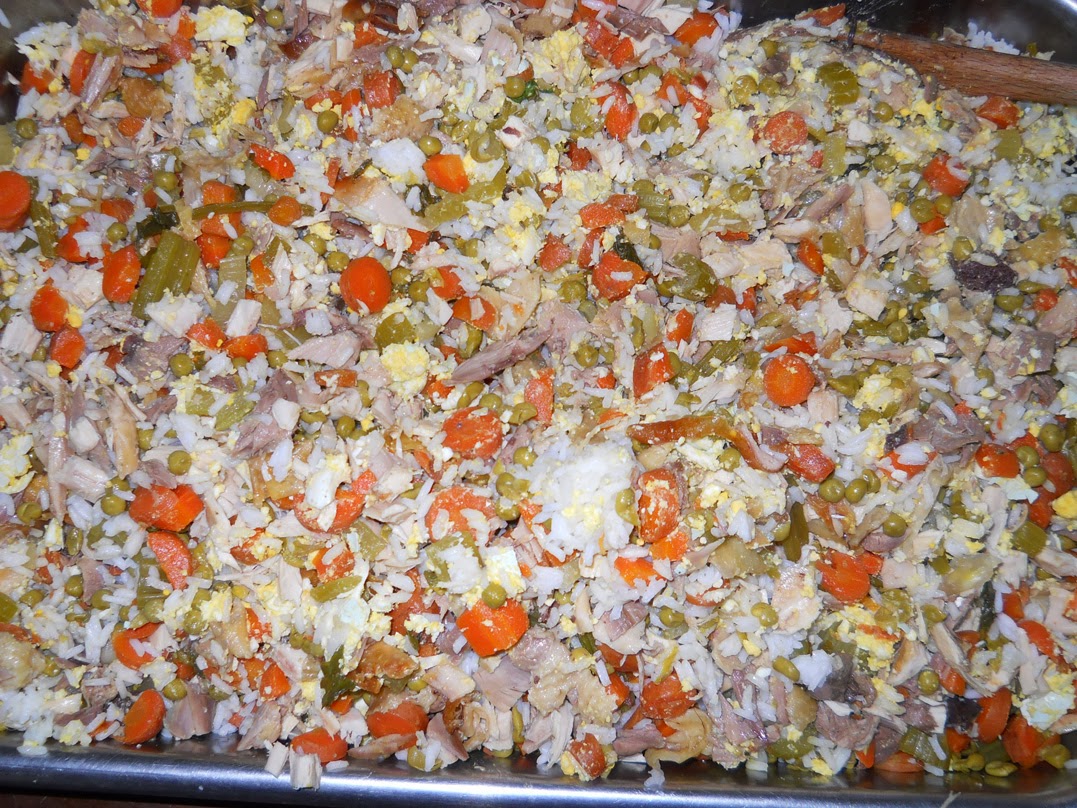 I added the eggs to the mixture. 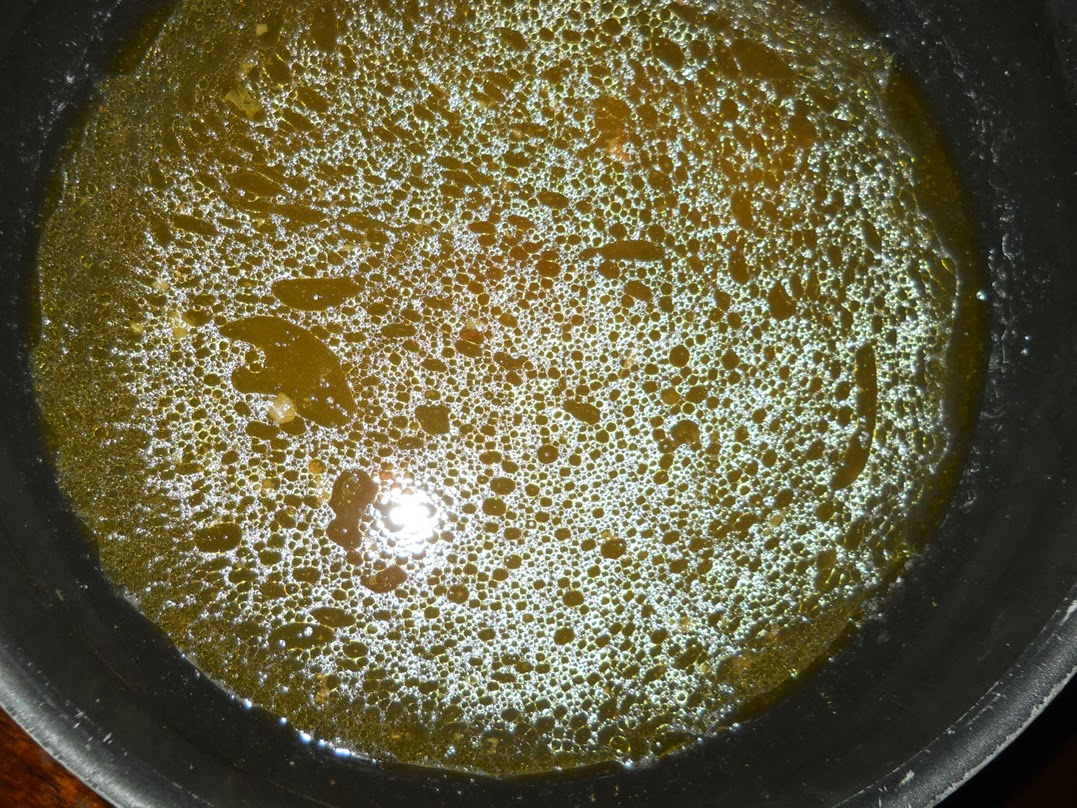 Next I added the broth from the chicken I cooked. 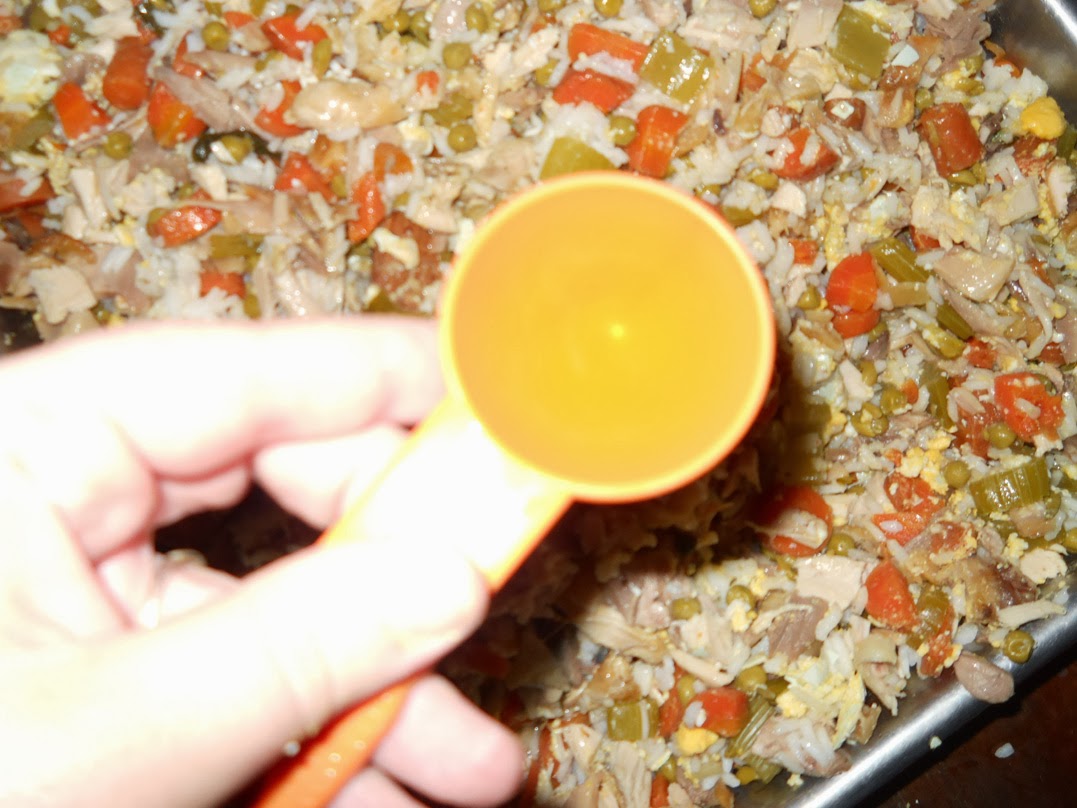 Finally I added 2 tbsp of Apple Cider Vinegar for the dog's joints. 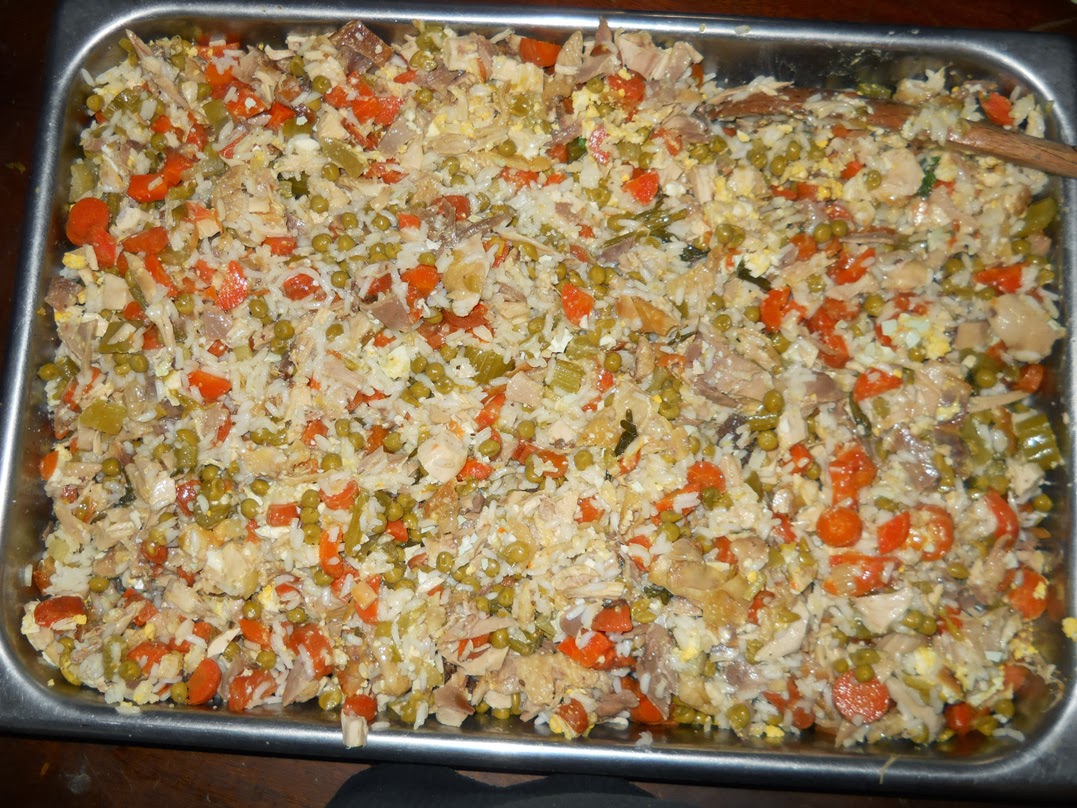 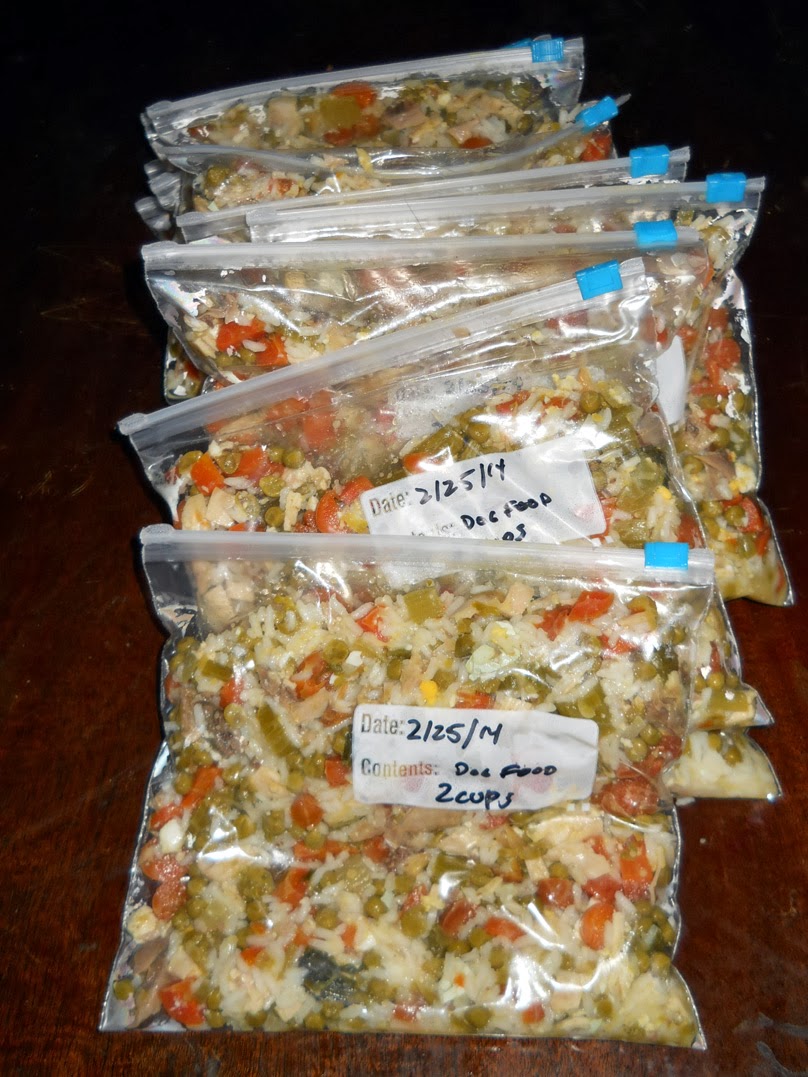 Finally I bagged up the dog food into quart freezer bags and placed them in the freezer until I'm ready to use them. I divided it into 2 cups per bag. Since I have small dogs I'm going to first go with 1/2 cup per dog per day and may change it depending on if I feel they're gaining too much weight or not enough. The only thing I don't have that I would have liked to have added is Salmon Oil. I usually do have that around because my dogs have dry skin and salmon oil is good for their skin and coat. Plus it contains Omega 3. I'll just get it and add it to their daily meals. I also will occasionally mix in a little bit of plain yogurt to put some good bacteria into their digestive system. 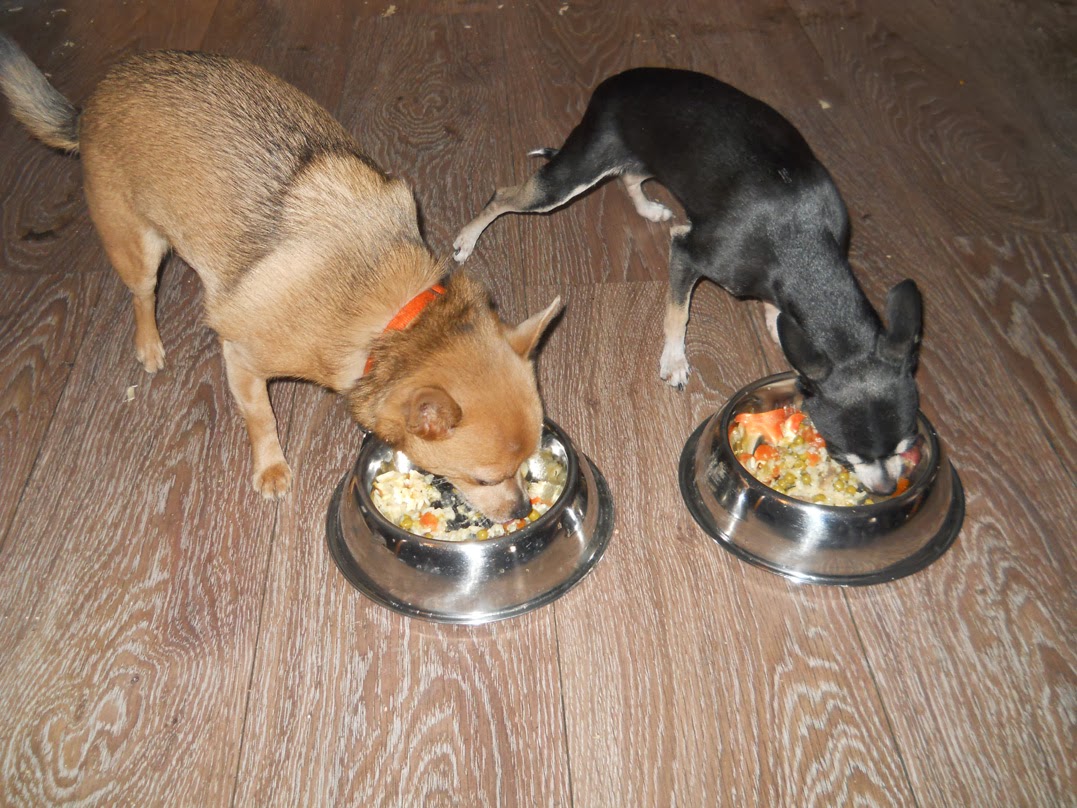 Thank you for visiting! The purpose of this blog is to share my homesteading experiences. This will include gardening, canning, various homemade products, and raising animals (mostly birds such as turkeys and chickens. I will begin to raise quail next spring as well. We also have sheep and pigs. We intend to get goats, cows and bees too). As part of homesteading we do butcher some of the animals that we raise. So be forewarned: I will be blogging about our butchering processes. I hope you enjoy reading!